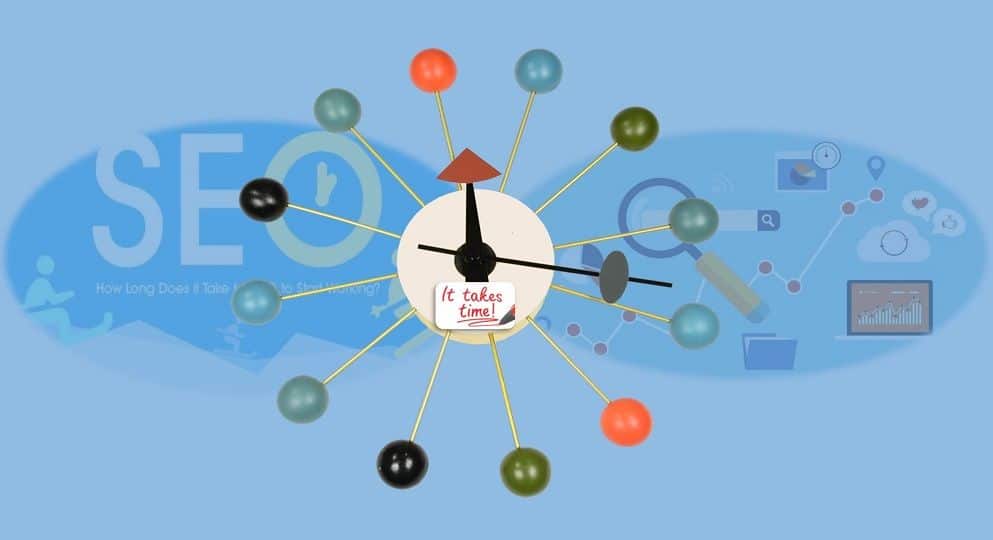 How Long Does SEO Take?

One of the most common questions I get as an SEO professional is “How long does SEO take?”

It’s also one of the most frustrating questions because, while clients understandably want a definitive answer, there is simply no way to provide one due to all of the variables involved.

This is because, in addition to all of the variables that play a role in the optimization of your own website, you also have to evaluate those same variables in your competitors’ optimization efforts.

This can make an already complex question infinitely more difficult to answer.

To steal a line from “Pawn Stars”:

The best I can do is give you a range of four months up to a year.

That range is based on three key variables that determine how long your SEO will take, which are:

It’s important to point out that even with the data behind these variables, there is no formula to answer this question.

However, there is a lot more to answering it than simple guesswork.

Figuring out how long your SEO will take comes down to first evaluating the data behind these three variables, beginning the work and evaluating how quickly you begin to see results, and then extrapolating that to get an idea how long it might take to hit a particular position.

The Role of Competition in How Long SEO Takes

If you’re selling something like salmon-flavored breakfast cereal, you probably won’t face any competition.

However, those of us selling products and services that real people will actually buy are going to face varying degrees of competition based on demand.

As you might imagine, the more competing webpages you’re up against, the longer it will take to climb to the top of the search results.

This will follow a consistent pattern where it’s both easier and faster to outrank the lower pages, but as you climb the search results, each subsequent step will often take significantly more effort and time. 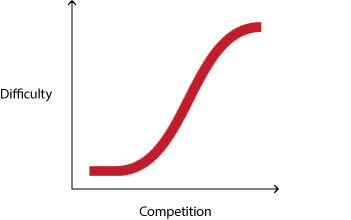 This is both because of the volume of competitors, and the fact that the top-ranking pages tend to have experienced SEO professionals behind them.

An often overlooked aspect of competition it’s the correlation between the volume of competition within a niche, and the competency of the SEO professionals behind the top-ranked webpages in that niche.

Demand drives companies into a niche, leading to increased competition.

That competition pushes them to offer more competitive deals, which means they must take a larger share of the market in order to remain profitable.

This is an environment that usually favors larger companies with deeper pockets – and they can afford to hire the best SEO professionals in the industry.

If you’re up against this situation, you’ve got a longer and tougher battle ahead of you.

So we need to evaluate all aspects of our competitors’ SEO, but we need to look beyond just where they stand today. That’s only a starting point.

This is important because in order to outrank your competitors, you need to put in more effort than they are if you want to pass them.

The Role of Inbound Links in How Long SEO Takes

It’s no secret that links still play a huge role in SEO, but their impact on how long it takes depends on several deeper factors.

The first is the volume of links to your website.

This is also important because high-quality links are generally more difficult to earn, so they will be more difficult for your competitors to replicate.

And they tend to last longer, as opposed to links generated using automated methods.

If you’re using methods that don’t meet Google’s Webmaster Guidelines, and you have an abrupt increase in the number of inbound links that trigger a manual review, you could end up facing a penalty. 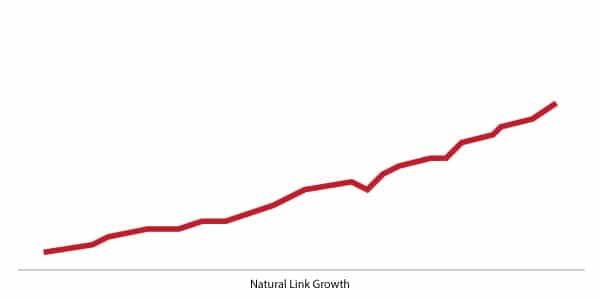 This looks less natural but depending on other factors, such as recent media coverage, a new product launch, or a killer content marketing campaign, it could be completely natural: 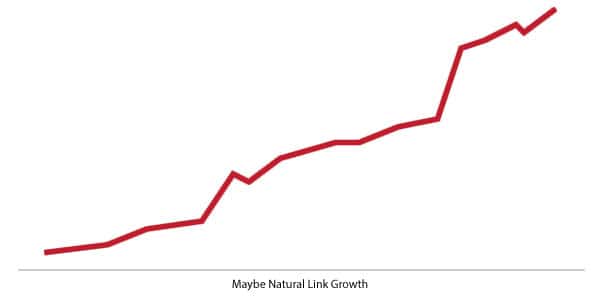 This looks about as natural as a spray tan: 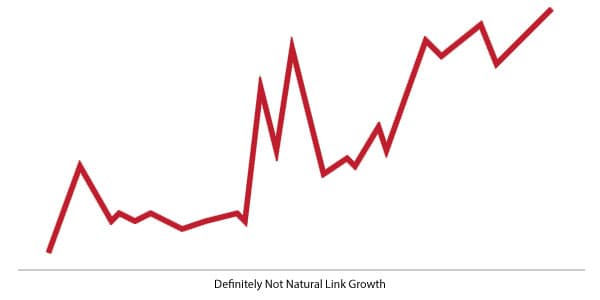 Your link velocity – the speed at which you earn links – should have relatively stable growth.

If your link building tactics follow Google’s guidelines, that should happen naturally.

It’s usually only when you use black hat tactics that you see unnatural patterns that could hurt your progress.

The Role of Content in How Long SEO Takes

The content published on your website also plays a role in how quickly you see results, and the first thing you need to know is that quality matters a lot.

Fortunately, the days of churning out hundreds of 300-word articles you ordered on Fiverr isn’t going to move the needle when it comes to your ranking.

Now, don’t interpret this to mean that each piece of content you publish needs to be a 4,000-word beast.

In fact, there is no minimum or even ideal length – content simply needs to be long enough to solve a visitor’s problem.

There is a myth that you should publish new content slowly, which comes from the theory that publishing lots of new content at once could look unnatural to Google, and thus, could hurt your ranking.

It’s understandable how people could believe this myth, but it’s been officially debunked by Google.

If you have great content ready to go, then there is no reason, from an SEO perspective, not to publish it immediately.

The sooner you get it out there, the sooner it will have a positive impact on your ranking.

It’s worth noting that the ranking of a webpage does correlate with its age.

In other words, newer pages tend not to rank as well as older pages, but that is due to other factors, not the age.

On that note, I recommend maintaining a consistent publishing schedule, rather than publishing in surges though, for two reasons:

Deleting content can play a positive role in how long your SEO takes as well.

The key is determining which content to keep, which to improve, and which to delete.

Danny Goodwin hosted a webinar on this topic where he explained how Search Engine Journal used this approach to cull a number of underperforming pages, which helped to boost the site’s overall performance in the search results.

Ultimately, the key is to create original, useful content that solves your audience’s needs, and continually improve it.

And if you needed another reason to do this, higher-quality, long-form content tends to earn more links compared to low-quality and/or shorter content.

So while content plays an important role in its own right, it also impacts your link building efforts, so it’s like a two-for-one.

From the Horse’s (Google’s) Mouth

You need to be prepared to invest several months to a year before seeing results from your SEO efforts, but even then, you won’t be king of the hill.

Here’s what Google said about it. (Skip to the 1:40 mark to jump directly to their answer to the question “How long does SEO take?”)

In fact, according to a comprehensive statistical analysis by Tim Soulo, only 5.7% of all newly published pages will get to Google’s top 10 within a year.

And even once you do, you won’t be able to rest on your laurels because your competitors – both current and newcomers – will constantly be gunning to take that position from you.

In other words, this is an ongoing effort that will never really be complete.

You can’t accurately predict exactly how long SEO takes until you start putting in the work.

However, you can make a highly educated guess based on certain variables, and then, over time, you can get a better idea of how long it may take within your particular niche against your competitors.

I am an IT and business support specialist with a natural ability to turn my hand to all things technical. I have built and developed company websites, using platforms such as WordPress, and helped businesses create and promote their brand identities, both online and offline. This has included all aspects of digital marketing, search engine optimisation and social media marketing. View my Google Certifications
In Socials: 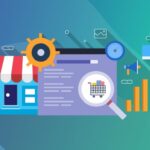 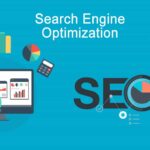